Our team – at your service!

The company's founder, Claudia C. Rehberg, has lived in 5 different countries, in 4 different cultures and on 3 different continents. When she founded Professional Organizing in 1982 there was no such thing as the internet, mobile phones and nothing resembling relocation services, as they are known today. She has accompanied the development of relocation services both nationally and internationally. In 1996, she was awarded the Veuve Clicquot 'Business Woman of the Year" award for her pioneering work in the relocation industry.

In 2016, the company was gradually handed over to the next generation. The founder’s daughter, Sophie Rehberg, took over responsibility of the company together with her husband Remco Rehberg. Sophie Rehberg lived, studied and worked in The Netherlands for more than 9 years and led a department responsible for animal transport within a worldwide renowned logistics company. Remco Rehberg is Dutch and was employed as VP for Midcorporate Banking at a leading Dutch bank.

As such, the company will continue to be managed within the Rehberg Family. Following the involvement of the second generation, the company has experienced significant growth and redirection, which will have a significant impact on the future.

Our staff are carefully selected in order to guarantee the high standards of this complex service. They are all professionally trained or university graduates, multilingual and have lived abroad. The characteristic of our staff is a combination of competence and empathy, efficiency and passion, meticulousness and far-sightedness. 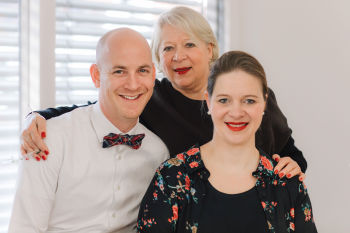 Quality made by Professional Organizing

Professional Organizing is a member of EuRA (European Relocation Association) and is bound their ethics and rules of conduct.
www.eura-relocation.com